Why do we need to have the old stories retold, revamped and rearranged?
Simple: as long as we‘re alive there will be new options in life, love and laughter to be examined, suffered through and applied to our daily grind.

My assistant Richard is a relentless force, urging me to tell, retell and relive a classic: Wagner‘s THE RING OF THE NIBELUNG.

Richard‘s take on the scene above: „When Siegmund first laid eyes on Sieglinde all his anguish disappeared! The nightmare of his reality dissolved in the eyes of this pure, suffering maiden. Before mere words could break the spell, he knew their union blessed by all creation.“

Our set chooses green silk to salute all couples who ever belted, loved and killed in Bayreuth – the ultimate GREEN HILL!

Richard as young Wotan: „When I look at my Brünnhilde, I salute the beauty, athletic prowess and divinity of all women in my universe!“
Richard as Siegmund: „THIS is the sister my heart and loins have been incomplete with!“
And as Hagen: „This ex-godly mere woman will surely be of some use to realise my evil plans, (evil laughter:) HOI HO!“

The breastplate of this costume design is a salute to the art of creating practical, inspiring items of clothing for the big opera stage. Attention to detail: how many pasties does Marietta‘s costume have? The spear alone should have a novel devoted to it!

You may ask yourself why I choose to blog about the Wagnerian take on mythology in these times. BIG THEME…please read „WOMEN WHO RUN WITH THE WOLVES“ by Clarissa Pinkola Estés and get back to me.

If you find what I wrote above confusing, GREAT! With Richard‘s help I want to unveil tiny, appetising portions of Richard Wagner‘s DER RING DES NIBELUNGEN to any reader prepared to remove mindcuffs of mediocrity.

I like summing up the story of Wagner‘s ca. 15 hour RING as follows: „Whosoever steals the gold in the river Rhine from the Rhine maidens and makes himself a ring out of it will be ordained master of the universe.“

Suggested listening: the ride of the Valkyries

Cancellations, an uncertain future and the creativity born of isolation have turned my assistant, Richard into a romping tyrant! As his beloved Bayreuth Festival has been cancelled he has started designing his own sets, musical version and costumes for future productions of DER RING DES NIBELUNGEN.

Delusions of grandeur has him turning our 2-woman, 3-dog household upside down with impatient demands for immediate results. We have scurried to around to produce a first storyboard of Richard’s expectations.

Although his concept is primarily intended for a full-scale RING production, he admits that, because of his masterly use of lighting, texture and composition lesser stage directors may be tempted to adopt his genius for their genre. LIVE AND LET LIVE!

Before creating his concept Richard studied the original score and designs. He takes it for granted that other, lesser directors also do so before verbalizing their incompetence…..After his 21 years working the opera scene, this opinion has been cause of great mirth and wonderment.

So let us leave the excessive speculation to those who prefer to work in a bubble of toxic pretense and present the visible results of our humble efforts to make Richards dream a reality.

Richard still stubbornly refuses to call operas “music theatre”. He maintains that composers and librettists of his favourite operas have been dead for such a long time that he WILL not be part of the hordes of charlatans immorally dance on the graves of the Great. This approach might be the only evidence that Richard harbours SOME humility in his furry chest.

Sets, lighting & costumes seen above were created, under the firm guiding hand of Richard, by Madame Helen Bickers.

A REMINDER OF THE OTHER OPTIONS

We all have that ONE (or 4) composers who make our hearts beat faster as soon as we hear their music.
If you are fortunate, THIS composer will eternally put the butterflies of joy in your step,
cause your eyes to sparkle  more brightly than a Tiffany’s display AND
give you the energy and motivation to tirelessly slave away at studying and performing
the gems of greatness that will keep your enthusiastic audience clamouring for more
and prepared to travel the seven seas for the opportunity to partake of the feast.


TODAY I ask you in a very motherly fashion:
Dearest, have you considered the other 360 degrees of your passion?

If you are too close to the object of your admiration,
be it music, a flower, the latest Mercedes or shoes,
you cannot possibly enjoy all  the options available when seeing the bigger picture.

Consider your beloved composers:
How could they, mere human beings, capture something as fragile as a musical idea and relentlessly put it to paper
for us to study, make our own and convince audiences that THIS fragile idea is something they NEED – not a
luxury, but a necessity?

If you are prepared to take one step back to see the bigger picture, the answer is simple:
they interacted with the people, times and situations they lived in and
remained honest to their own ideals and weaknesses.

One of the biggest compliments you could pay your beloved composers, would be not to keep them in isolation:
Consider how these composers interacted with their colleagues, companions and times and do the same.

As grandmother Anna used to say:
Do not cloud your enjoyment of today with the might-have-beens of yesterday! 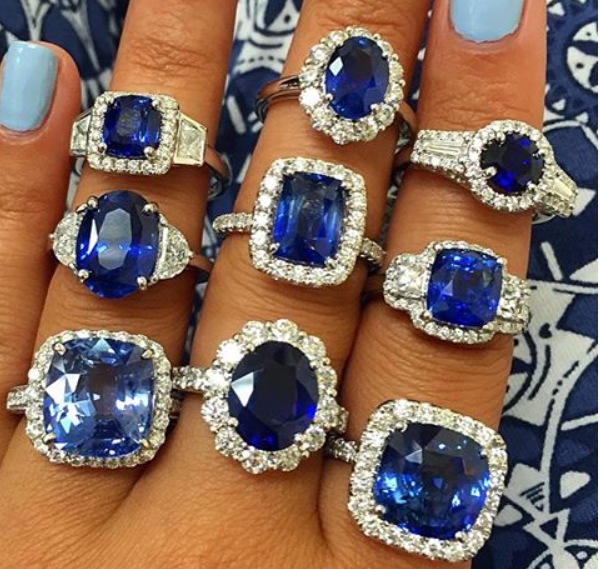