REALITY VS. FANTASY
Back at work today too?
Getting back to work after ecstatic holidays gives me the feeling Cinderella must have had when she discovered that her Prince Charming snores and has ugly toes.

One of my solutions for protecting the breathless excitement of holiday feelings from being ground to a miserable pulp by the three D’s of everyday life: drag, despair and disgust, is to regularly change the filter through which I see the daily drudge.

Even changing the perspective on the disappointments one has experienced so many times before could change a heavy frown into an inviting smile. Science 101, filtered through female logic, has repeatedly confirmed that a frown will attract more misfortune and a smile, best shared with friends, is more than likely to result in happily ever after.

If we could visualize the evil that is lurking around us and just waiting to stab the dagger of despair into our unsuspecting happy backs, we are more likely to ride a unicorn to the pot of gold at the end of the rainbow.

2. Against tiredness and unnecessary cosmetic experiments:
This red coral (an A1 field mark of FUGLEE – Roger Tory Petersen Guide to Jewelry) Turk said, “Mirror mirror on the wall…?” and did not like the answer and/or reflection he got.
“By the Prophet’s beard, I could use some dentures!”
Face lifts, implants, injections…I give the END-STAGE BRIDE OF WILDENSTEIN! 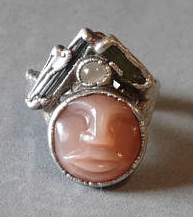 3. Against procrastination:
Half of Laurel and Hardy is all of drunk and disorderly at Mardi Gras.
Yes, the head is wood. Don’t you know that sapphire is SO embarrassed! (Nardi) 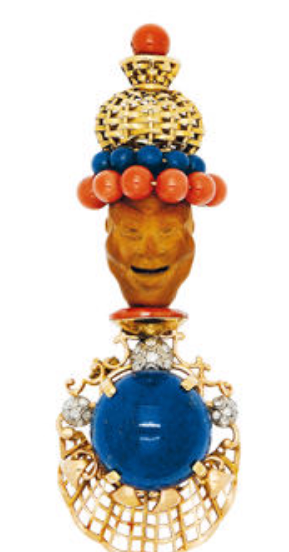 4. Against saying YES too often:
Not content with one, Nardi made another, and this one looks so PLEASED with himself! “I am rocking these epaulettes and mandrill’s bottom!”

Old time Star Trek fans will get this: “HARCOURT FENTON MUDD!!!!”
Nardi must have been a Shatner fan back in the day.

AND NOW FOR A TRIP BACK TO JUNIOR HIGH SCHOOL:
let us stay open-minded and learn from beauty AND the beast. 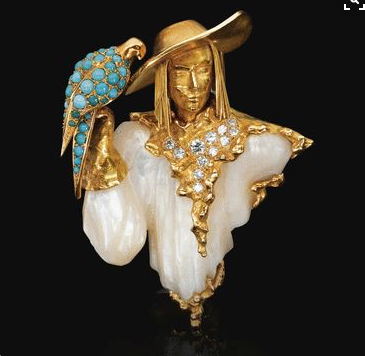 Add to the Twelve Labors of Hercules the Flashing Of The Nemean Lion. Poor Simba probably died of embarrassment, look at his face.
Hakuna Matataaaah flashing heroic Hercules  in a Pokemon arena? 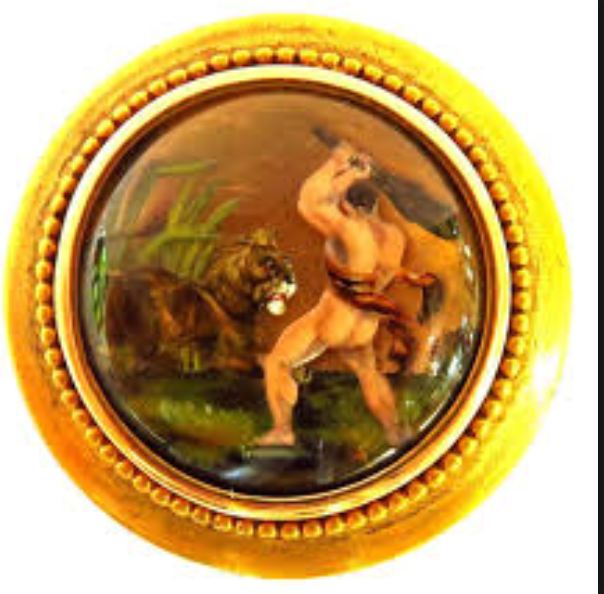 “The War of Jenkin’s Ear” (that’s a real thing, look it up)
Or, looking at the little bells, is it “Festive Spirit of Tinnitus?” 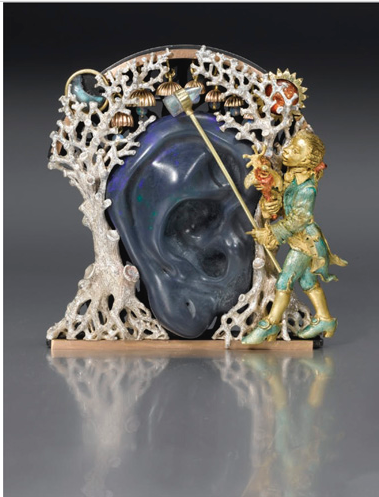 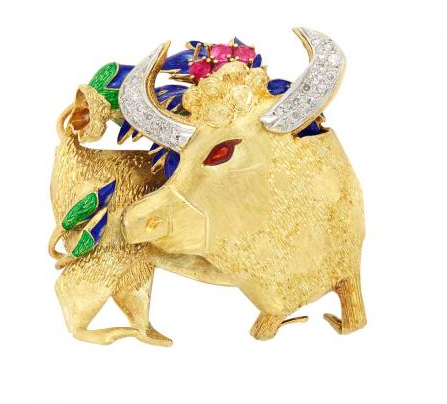 TO HELP YOU TELL THE BULL**** FROM THE BEEF: 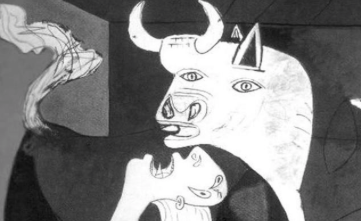 So: as you face the trials and tribulations of another transition from goddess-on-holiday to everyday plain Jane, paint your toenails a bright pink mantra of being joyfully UNFUCKWITHABLE, lest the winter of discontent devours your holiday goddess for breakfast.

Thanks to Helen Bickers